What can I (Women) do about PCOD??

PCOD or PCOS; these are the 4 letters that can alarm any woman. The number of women diagnosed
with Poly Cystic Ovarian Syndrome has been increasing for a decade, and this has taken the world by
storm. The causes of PCOS still remains a debatable topic amongst researchers, varying from insulin
levels of male and female hormonal levels everything is on the table here. However, the symptoms and
effects of this condition are prominent and feared.
Let us try and understand what exactly happens to the body during PCOS, which is seen in more than
10% of the teenage girls in the world and one in four women in India.

There is a gland called the pituitary gland in the body. This gland produces hormones called LH
(luteinizing hormone) and FSH (follicle stimulation hormone). During a regular menstrual cycle, the LH
hormone increases drastically for a brief time. The function of this surge in LH hormone over FSH is
basically to tell your body, “Hey, it’s time to release an egg”. This starts the process of ovulation and
produces an egg. This egg discharges and heads for fertilization. If there is no fertilization, the released
egg along with the developed uterine wall sheds off in a menstrual period, marking an end of one
menstrual cycle. This cycle keeps repeating at customary time intervals.

During the condition of PCOS due to several reasons, there is always an increased production of the LH
hormone. Because the LH hormone is already high, there is no LH level surge. This means, no signaling
the ovaries, no ovulation, no egg production, and no menstruation. So long story short, you are not
having your period in a regular time interval.

Do not get into the opinion that PCOS is just about menstruation problems. Along with it, a person who
is suffering from PCOS has risks of developing cysts, diabetes, hypertension, sleep apnea, eating
disorders, depression, anxiety, endometrial and other types of cancers.

But more significantly, PCOS is directly linked to obesity and is the leading cause of infertility. Younger
women might see irregular periods, hirsutism, and obesity while older women have a hard time
conceiving, they suffer from miscarriages and some women even become infertile.

Now pops the question, so what can I do if I have PCOS?

For a long time, gynecologists have stressed that this condition which can be worsened and prolonged
for a lifetime can be controlled or even resolved by mere diet and lifestyle changes. If you have any
symptoms of PCOS or already have been diagnosed with PCOS, I am sure your doctor would have given
you one basic remedy,” Eat right, and reduce your weight”. Weight reduction in PCOS lowers the
cholesterol level in the body, overrules obesity, and reduces the chances of any degenerative diseases.

Weight loss also helps in resetting the hormonal imbalance and helps in reversal of the condition. PCOS
isn’t to be neglected. Knowing all the possible risks involved for women suffering from PCOS, it is
suggested to act in the early stages on weight reduction and healthy lifestyle. With proper precautions
and changes we can eliminate the risks like infertility or any degenerative disease during PCOS.

At ProGen Weight management we help you reduce your weight with no side effects and no hunger.
With our low carbohydrate and 800k.cal a day diet you will not only fast weight loss at an average of 8
to 10 kg a month, but also improve the insulin sensitivity and reverse insulin resistance in the body. In
this method, you lower your cholesterol and visceral fat levels while maintaining the muscle mass of the
body. A medical approach called the ProGen Method is the first of its kind VLCK diet in Bangalore which
has been proven to ease the symptoms of PCOS and reduce obesity. If you are a woman who is suffering
from PCOS, do not delay the condition to worsen. You can call ProGen Weight Management today
and get a free complimentary session. Just remember, the first step towards managing your PCOS is
weight management.

September 16, 2020 7 Vegetarians dishes that add value to a Ketogenic Diet 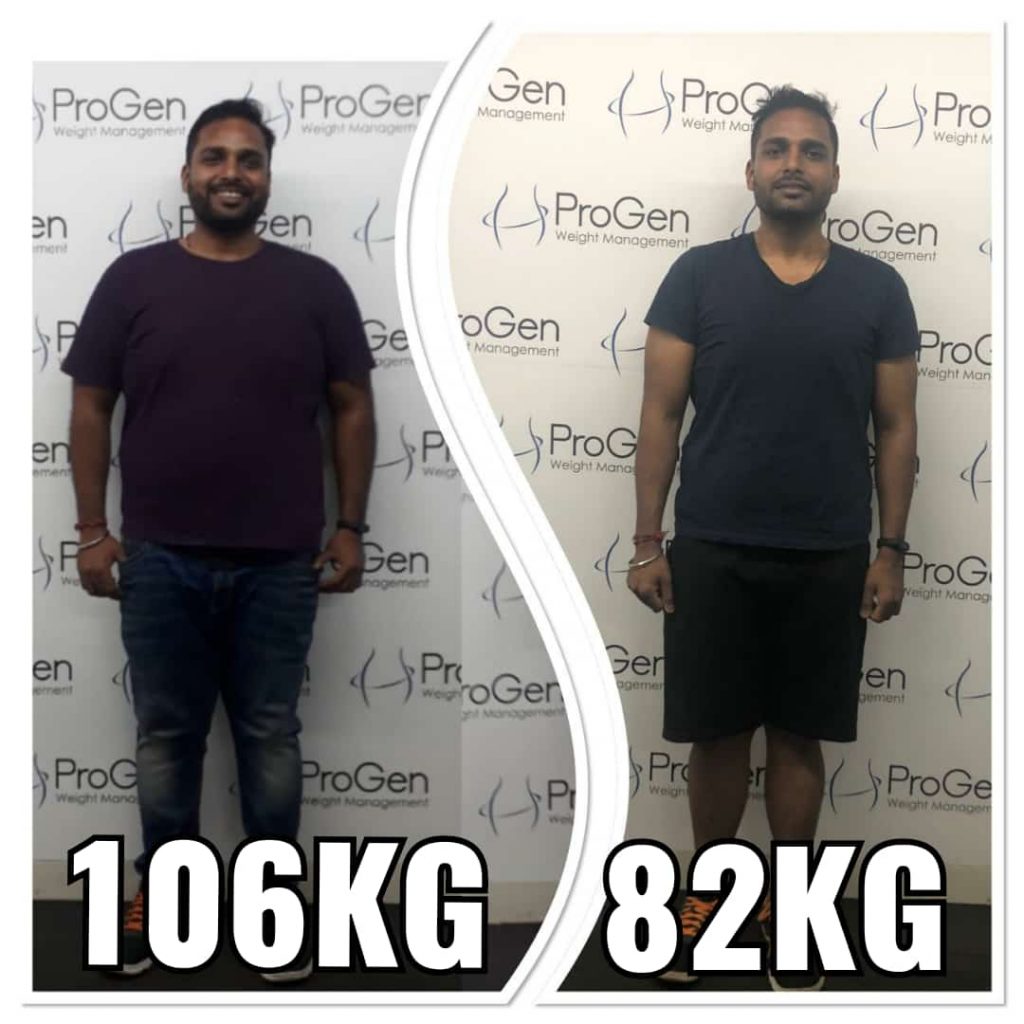 Disclaimer: ProGen doesn’t claim to cure any diseases. Diet supervision is not a substitute for medical treatment. Results may vary among individuals​

Schedule a free consultation with us